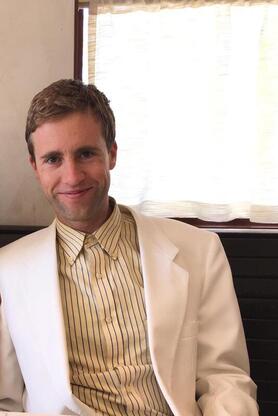 Christopher McWilliams holds a BM Summa Cum Laude in Organ and Piano Performance and an MM With Distinction in Piano Pedagogy and Performance from Westminster Choir College of Rider University in Princeton, NJ. At WCC, he studied piano with Phyllis Lehrer and organ with Kenneth Cowan and Matthew Lewis. After graduating, he has worked primarily as a piano instructor at the Westminster Conservatory of Music from 2012 to 2020, where he taught mostly one-on-one lessons to students aged 7 to 17. He has also taught music theory to violin students at the Princeton String Academy, and he accompanied flute and violin students during recitals both in Princeton, NJ and at Weill Recital Hall in NYC. While he taught at WCM, he regularly performed in chamber music recitals with his former colleagues including Melissa Bohl, oboe, Marjorie Selden, viola, Michael Carl Green, trumpet, and Phyllis Lehrer, piano.

Between 2011 and 2018, Mr. McWilliams served as organist of Princeton United Methodist Church, where he accompanied the elementary, youth and adult choirs and collaborated with solo instrumentalists. From 2014 to 2020, he also served as a weekly rehearsal accompanist for both First Dutch Neck Presbyterian Church in Princeton Junction and for the Taiwanese/American Fellowship Hall in Hillsborough, NJ. For a brief period between September and October 2019, he was an intern organist for the Abiding Presence Lutheran Church in Ewing, NJ.
​
Since June 2020, Mr. McWilliams holds a post as Director of Music at Bethany United Church of Christ in Montpelier, VT, where his main duties include leading the adult choir in worship, playing and maintaining the organ and pianos and collaborating with other soloists. Aside from being Director of Music, he holds a teaching studio both at Bethany UCC and at his residence in Barre, VT.